While the March 25th NBA trade deadline remains a ways off, it is never too early to start speculating about what players could be on the move. Some notable names around the league have been mentioned as potential trade targets, including Pacers center Myles Turner. If they are traded at the deadline, it could significantly change the league’s landscape for the remainder of the season. Here are three trades we could see before the NBA trade deadline.

This deal makes sense for the players included in the trade. Whether the Celtics or Pacers front offices’ think this makes sense, that is another story.

The worst-kept secret in the league is that the Celtics are looking to trade for a big man. Robert Williams, Daniel Theis, and Tristan Thompson are currently the three centers on the depth chart for Boston. While each player is a serviceable backup, none of them will be starting on a championship-contending team. That is where Myles Turner comes in.

Celtics general manager Danny Ainge would have been much better served to get this deal done before the season. With each game that passes where Turner continues to play the best basketball of his career, his asking price goes up. Turner is averaging 13.3 points and 6.6 rebounds per game. He is shooting 33% from beyond the arc on roughly four attempts per game. Despite his lackluster offensive numbers, Turner’s true impact is on the defensive end of the floor.

Turner is one of the best shot-blocking big men in the entire league. He has accounted for 54% of all blocks by Pacers players this season and leads the team with 82 blocks. The next closest player, center Goga Bitadze, has 14. While Jazz center Rudy Gobert has long been considered the best defensive big in the league, Turner is arguably playing better than the Frenchman. Turner’s defended field goal percentage of 39.8% is the second-lowest amongst all centers (minimum 22 games played). His shot-blocking ability and defensive presence would be a welcomed addition to the Celtics, as they rank 19th in the league in blocks.

How Turner to the Celtics Works Financially

Absorbing Turner’s contract wouldn’t be an issue for the Celtics. This trade would allow Ainge to utilize the trade player exception of 28.5 million dollars, the largest TPE in league history. The Celtics received this as a result of Gordon Hayward signing with the Charlotte Hornets in the offseason. Using the TPE to absorb Turner’s contract while dumping Kemba Walkers’ salary would give the Celtics a lot of cap flexibility going forward.

While Turner to Boston makes perfect sense, the Pacers must be excited about the players they are receiving in return for the deal to work. On the surface, the deal included for Turner looks uninspiring. Kemba Walker has struggled since returning from a knee injury that kept him out for the first part of the season. However, a trade to Indiana could be what he needs to rejuvenate his season.

In Boston, Walker has operated as the pick and roll ball handler more frequently than any other player on the team. That has not worked out well for him, as he ranks in the 35th percentile as the pick and roll ball handler. With the emergence of rookie Payton Pritchard, Boston has experimented with using Walker as an off-ball guard. This has produced much more encouraging results.

As a spot-up shooter, Walker is averaging 1.00 points per possession and has the third-highest effective field goal percentage. While his knee injury has limited his explosiveness out of the pick and roll, his shooting ability is still there. While a faulty knee and limited explosiveness are not a good combination for a lead guard, it can work in Indiana. Malcolm Brogdon would be the primary ball-handler, and Walker could focus on getting open looks off of off-ball screens.

Rookie Aaron Nesmith is also an underrated part of the deal. Coming out of Vanderbilt, Nesmith was the best shooter in the entire draft. While he has struggled to replicate his shooting success in Boston so far this season, he still has a lot of time to turn into an elite, off-screen shooter. If the Pacers were to receive him in a trade, that would relieve the pressure to re-sign Jeremy Lamb at the end of his contract. The two first-round picks will likely be late firsts but can be packaged with the Pacers’ own first-round picks to potentially move up into the lottery in any respective draft.

Lowry’s name has been floating around trade talks for a while now. With some of the potential destinations being the Los Angeles Clippers or Miami Heat, the Mavericks would be a great landing spot for Lowry.

The Mavericks are in desperate need of a player like Lowry. Offensively, Lowry can take the pressure off of Doncic by being the primary ball-handler from time to time. Doncic averages 14.5 possessions per game as the pick and roll ball handler, the most of any player in the league. While the pick and roll is a big part of his offense, the efficiency and volume he is currently operating on are not sustainable. Doncic needs a player like Lowry who can run the offense while he takes a break off-ball.

A tenacious defender, Lowry is a great on-ball defender and fights on every possession. A team-first guy through and through, he puts his body on the line for the team’s success. Lowry leads the NBA in charges taken with 12. His constant harassment of opposing ball-handlers is beneficial to the whole team. Toronto’s plus-minus per 100 possessions when Lowry is on the floor is +2.1. When Lowry is off the floor, it is just +0.4. That is the biggest differential on the entire team. Lowry is an all-around impact player and one that the Mavericks desperately need.

Why the Deal Makes Sense for the Raptors

In return, the Mavericks receive a 2022 first-round pick as well as Jalen Brunson. The best-case scenario for the Mavericks is that Lowry pushes the team over the top, and this pick falls in the late 20s due to a deep playoff run next year. The best-case scenario for the Raptors is that Lowry doesn’t resign after this season, and the Mavericks are fighting to stay above .500, in which case, the pick could fall in the 15-20 range. With Lowry unlikely to resign with Toronto in the offseason anyway, it is a worthwhile risk for the Raptors to take.

Receiving Jalen Brunson in return seems like an insignificant consolation prize. However, it could pay dividends, as Brunson is one of the best backup guards in the league. Since coming out of Villanova in 2019, Brunson has been a serviceable backup point guard. With a high basketball IQ, Brunson can run the offense by being efficient with his shots and making smart plays with the ball. He is averaging a career-high in points this year and is shooting 41% from three, albeit on a small sample size. Since he is still on his rookie deal, his contract gives Toronto some cap flexibility at the deadline should they choose to make more moves.

While this is not a deal that is on anyone’s radar, it makes sense for all parties involved. A long-rumored trade candidate, the former second overall pick Ball finds a new home in Phoenix.

The Suns made a big move when they traded for point guard Chris Paul. This trade has paid off, as the Suns are currently 4th in the Western Conference. However, Paul’s age is something the Suns must be wary of. Paul is 35 years old and is now in his 15th year in the league. He has not shown any signs that he is slowing down, but Father Time remains undefeated. Ball could be the perfect successor to Paul in Phoenix.

Why the Deal Makes Sense for Both Teams

Ball will be a restricted free agent after this season, meaning that the Suns can match any contract offered to Ball should they trade for him. Given his performance so far this season, his next contract will be around the value of 10-12 million annually. Saric has appeared in just eight games this season and is having his worst shooting year from three since his rookie season. Moving on from Saric now might be the smart move for the Suns.

The Pelicans get some pretty solid return for Ball, given that they likely would not have resigned him anyway. The 2023 first-round pick is still two years away from being a viable asset. If the Suns’ rebuild does not go as expected, it could be a relatively high pick. Saric has struggled to live up to his top-10 draft selection but can be a decent floor spacer and is on a modest contract. With multiple other serviceable point guards on the roster, flipping Ball for a first-rounder should be considered a success. 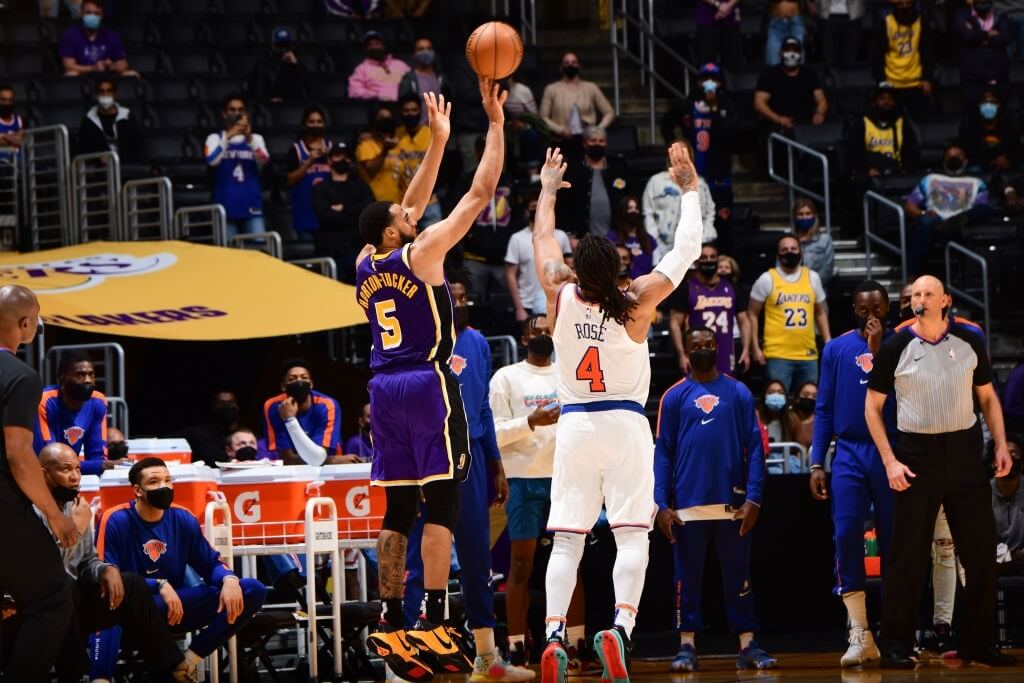