After starting their season 1-5, the Vikings have won their last three games and now look like they could be serious contenders for the playoffs.

Early on in the season, the Vikings left their fans feeling disheartened and let down. After the end of the season last year, there was nothing Vikings fans could complain about. Fans were riding that energy from last year, though, which is why the start to the season was so much more disappointing.

There are so many reasons that factor into this lack of success. The main one is the loss of players due to injury and free agency.

The Vikings lost key defensive players, such as Trae Waynes, Mackensie Alexander, Everson Griffen, and Linval Joseph. New defensive tackle signing, Michael Pierce, opted out of the season for COVID-19 precautions. Another huge loss came when Anthony Barr went down in week two. It was later announced that he tore his pectoral muscle and would miss the remainder of the 2020 season.

A surprising loss was Yannick Ngakoue. The Vikings traded for him at the start of the season and then shipped him off to Baltimore after a few games. Finally, the Vikings lost Danielle Hunter to a neck injury after he chose to have season-ending surgery.

On the other side of the ball, the Vikings traded away receiver Stefon Diggs to the Bills. Diggs is currently leading the league in receiving yards. They also lost receiver Laquon Treadwell to free agency, where he signed with the Atlanta Falcons.

A Brighter Future Ahead

Despite a lack of success in the first six weeks, the defense has come together and shown that they’re a unit. They’re allowing an average of 18.33 points per game and 323.33 yards per game over the past three weeks. One of the teams they held off was the Green Bay Packers, who currently have the second-highest offensive DVOA (efficiency) with 21.1%.

Not to forget that this is the same Packers team who scored 43 points and had 522 yards on offense in week one against Minnesota. The Vikings were able to hold them to 22 points and 400 yards in Lambeau.

The upcoming schedule is a defense’s dream, as they face three teams (Jaguars, Cowboys and Bears), who rank anywhere from 20th to 32nd for offensive DVOA. Additionally, one of their opponents, the Lions are 14th, and the Vikings have already shown they can beat the Lions with ease.

Before his injury, and after returning from injury, Dalvin Cook has been cooking. Cook currently leads the league in rushing yards with 954, as well as 12 rushing touchdowns. The only other running back who seems to be comparing to Cook is Alvin Kamara of the Saints.

What has made Cook so good is his ability to control an offense. With Cook starting in the game, the Vikings have seen a huge jump in passing yards and points. During the game against the Seahawks, when Cook got hurt early in the second half, the Vikings were up 13-7. The Seahawks went on to score 14 more points and eventually win the game. The Vikings only managed to score 13 points after Cook went out.

How Kirk Cousins Plays into This

The only game Cook was out for the whole game was against the Falcons, who embarrassed the Vikings in Minnesota. The Vikings presented a lacklustre run game, totalling 32 yards with no touchdowns. It showed how much the Vikings need a run game to get their offense going.

In that same game, Kirk Cousins threw for 343 yards and three touchdowns, but a majority of those yards came in garbage time. Additionally, he threw three interceptions, all in the first half.

Cousins isn’t the quarterback to throw the ball 30+ times a game, for 400+ yards and four touchdowns. He relies on play-action plays, which is, often-times, what propels the Vikings to victory. By running play-action, the defense has to pay some attention to Cook because they’re in trouble if it is a run. This has allowed Vikings receivers to have less coverage, allowing them to have more significant gains down the field.

Where the Vikings Opponents Rank in Rush Defense

A positive for the Vikings is that their final six opponents, four of them rank anywhere from 20th to 32nd (Jacksonville, Carolina, Detroit, Dallas) in terms of their rush defense.

Breaking Down Their Next Six Games

The Vikings stay at home to face the Cowboys this week, in a game that should be very one-sided. The Cowboys lost their starting quarterback, Dak Prescott, in week five. Since week five, the Cowboys have started three different quarterbacks. This is mainly because of Andy Dalton going out in week seven due to concussion protocol.

A matchup that may seem like any regular game, but for Vikings fans, this game is a special one. Teddy Bridgewater, the 32nd overall pick for the Vikings in the 2014 draft, was supposed to be their franchise QB. This was going as planned until Teddy suffered a devastating ACL tear in training camp, before the 2016 NFL season. Since then, Bridgewater went to New York to play for the Jets before he was traded to New Orleans. He had a chance to play five games while Drew Brees was out last year and won all five of them. Now, in Carolina, Bridgewater gets to face his old team for the first time as a starter.

Carolina, who has the 10th best pass attack according to footballoutsiders.com, could be a test to the Vikings’ young secondary. Despite the Vikings secondary starting to work more as a unit, they may have to prove themselves in this one.

Another matchup would be the Panthers’ run game, who have one of the best in Christian McCaffery. He has struggled with injuries, and it is unsure whether he will play against Minnesota or not. Nonetheless, when he’s in, he helps the passing and running attack. McCaffery adds a whole new layer to the Panther’s offense.

A formidable opponent in the Buccaneers is a test on both sides of the ball. The Buccaneers have one of the best passing attacks and defenses in the league. The one thing holding back the Buccaneers most, though an unlikely adversary, Bruce Arians. Their head coach has been known to blame individual players publicly, and it may lead to some short-comings.

The Vikings play at home against Chicago, who they just beat in Chicago. Not only did they beat them, but it also gave Cousins his first Monday Night Football win ever (now 1-9).

The Bears were one of three teams who held Cook to under 100 rushing yards when he played in the full game. Cook ran the ball 30 times, rushing for 96 yards and no touchdowns. Cooks 3.20 yards per attempt was the worst y/a he’s had this season. The main reason Cook started to get runs for more yards was when defensive tackle Akiem Hicks went out with an injury.

Despite the great run defense, the Bears struggled to shut down the Vikings’ pass defense. The Vikings were eight for 15 on third downs, and on those third downs, Cousins connected with his receivers on big plays. At the start of the game, Cousins’ touchdown to Thielen was on third down. Later on, Cousins’ pass to Jefferson on third down went for 54 yards.

The Vikings proved they could beat the Bears after losing to them in both games the past two years. A win in Soldier Field gives the Vikings so much more momentum at home against Chicago.

Ah yes, the team that could be considered the Viking’s rivals, who aren’t even in their division. In recent years, the Saints are 1-3 against the Vikings; two of those losses come in the playoffs. The unforgettable Minneapolis Miracle, and the overtime thriller last January.

Of course, the Vikings defense is no longer what it used to be, but the Saints’ offense won’t necessarily be what it usually is. Future Hall of Famer Drew Brees suffered broken ribs and a punctured lung, which keeps him out for a minimum of two weeks. The Vikings could escape with a win if Brees doesn’t play, but it’s unlikely he doesn’t, seeing as their game is in week 16.

Another game for the Vikings in which an opponent’s injury status can shape the game’s entirety.

The Lions are the only team the Vikings have beaten by two scores. All other games have been nail biters that could have gone either way.

The Vikings showed up against Detroit, picking Matthew Stafford off twice and Chase Daniels once. The most rushing yards by a Lion were Deandre Swift, 64 yards, and two others with 29. The defense forced a fumble as well, but the Lions recovered it.

On the offensive side of the ball, the Lions allowed Cook to run all over them, allowing him to record his career’s first 200+ yard game. The Vikings didn’t have any receivers dominate, but that doesn’t matter when Cook played the way he did. This was also their second straight game with zero turnovers.

The Vikings play the Lions in Detroit next, but the Lions are 1-3 at home, and the Vikings are 3-2 on the road. A game that the Vikings have to win to pad their division and overall record.

Do They Have What it Takes?

The Vikings have what it takes to make the playoffs after looking at their opponents and how they play.

If they do make the playoffs, they’d be the fourth team to make the playoffs (since the merger) after starting 1-5. The most recent team was the 2018 Colts, who started 1-5 and finished 10-6. The two other teams to do it were the 1970 Cincinnati Bengals and the 2015 Kansas City Chiefs, who were eliminated in the divisional round.

A positive look for the Vikings in upcoming weeks, but time will tell how they do. 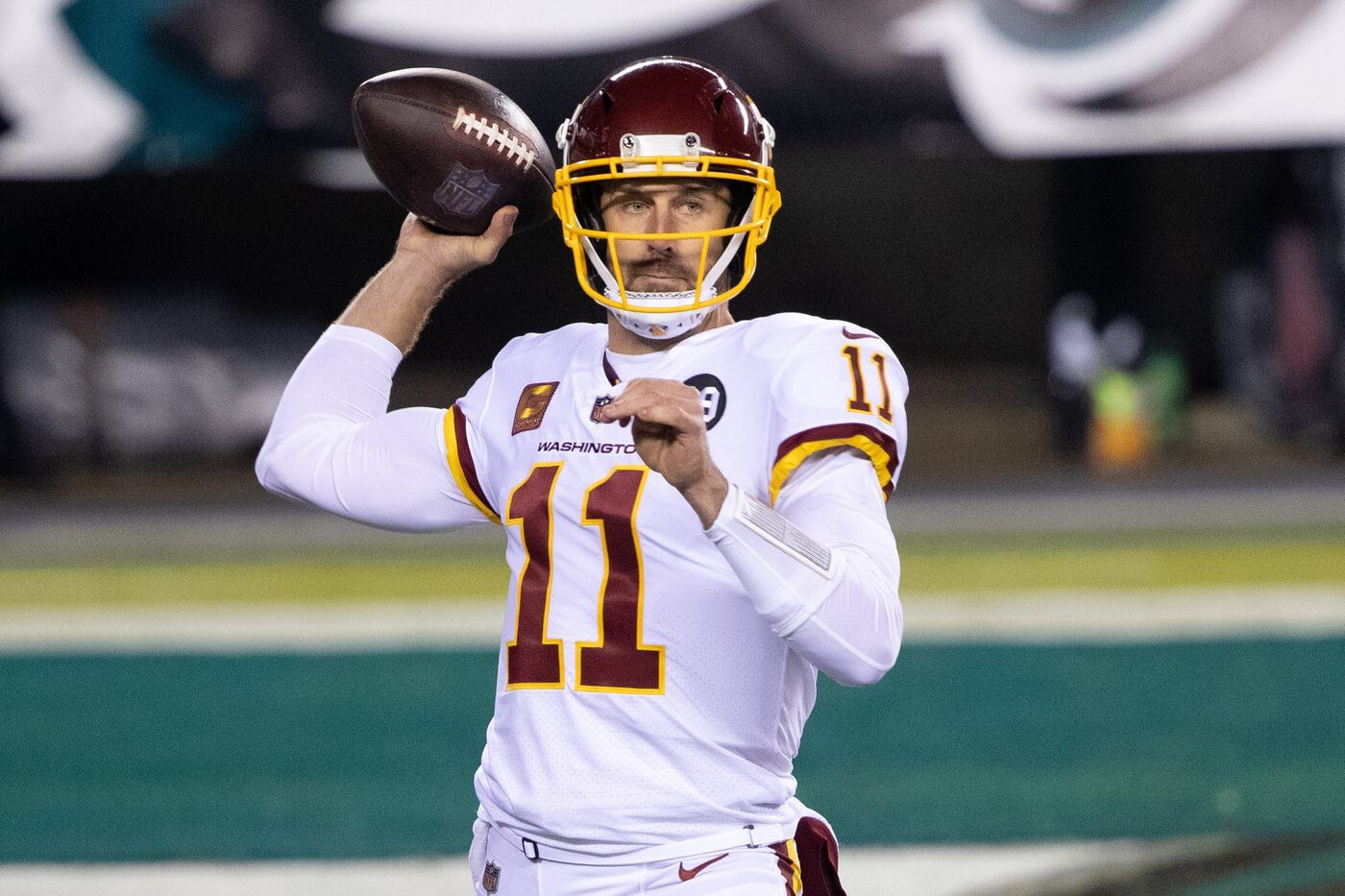 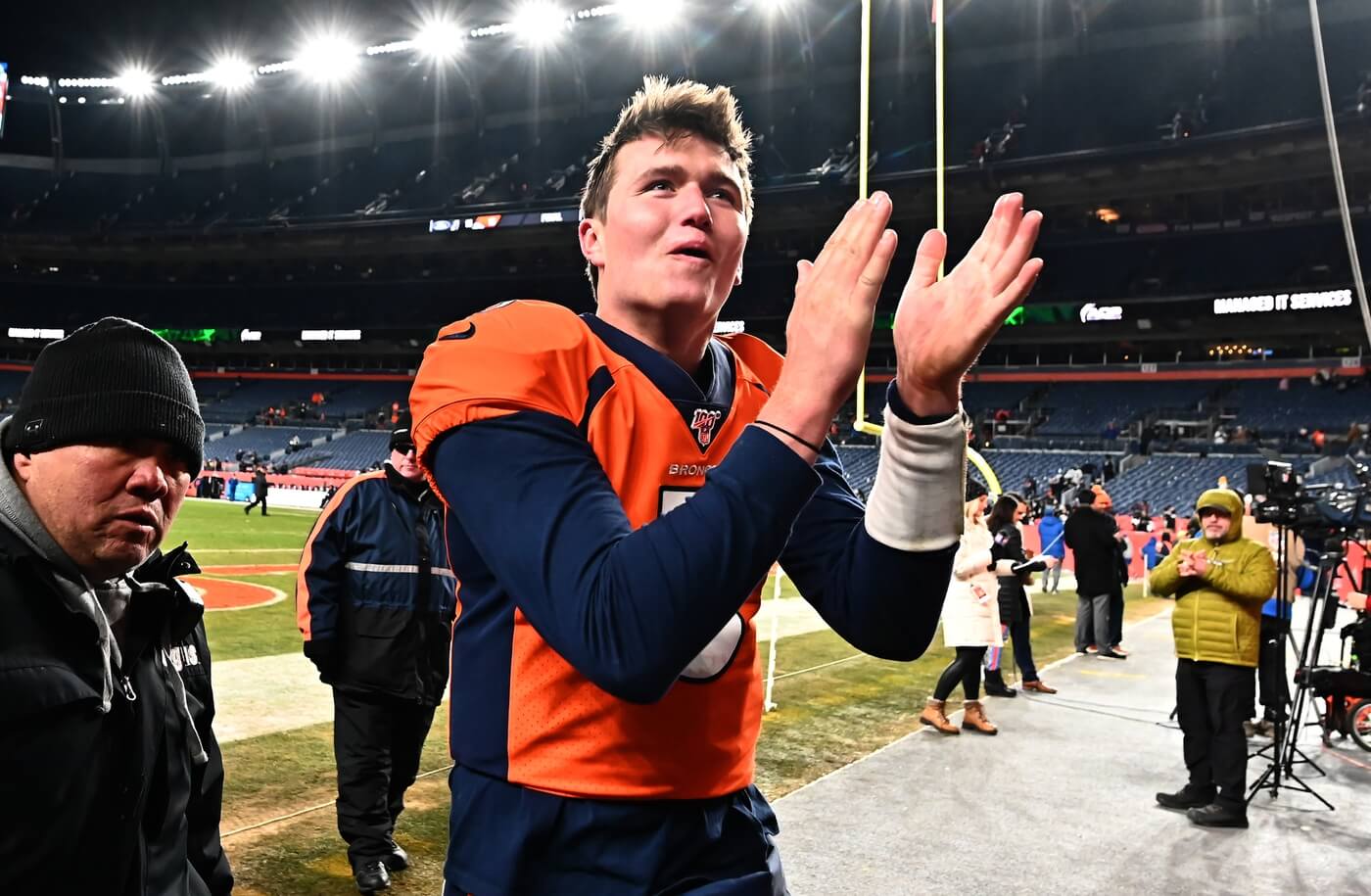