As an NBA fan, chances are you’ve heard Steph Curry’s name mentioned recently. Maybe you’ve seen some highlights from one of his recent monster games. For those of you who’ve been living under a rock, Steph is averaging 40 points a game on 55/50/91 shooting splits over his last 10 games. This might be the best run of his career, and that’s saying a lot. It’s not that he’s doing something never done before.

Steph was drafted in 2009 and averaged 17.5 points and 2 threes a game his rookie year. The Orlando Magic led the league in three-pointers per game that season at 10.2. Steph’s 7.2 threes per game this April would have been 9th in the league out of all teams that year!

Steph Curry has already made more threes these last 10 games than Shai Gilgeous-Alexander, Russell Westbrook, and Tobias Harris have made all season. That’s also more than Larry Bird made in 9 of his 13 seasons.

There’s record-breaking, and then there’s whatever you want to call what Steph is doing right now. The word impossible means nothing to him, and now Steph is redefining impossible for the NBA. Since he first entered the league, he’s been special, all the way up to now.

It started when he came into the league. He set the record for 3P%, three-pointers per game, as well as total threes by a rookie. The 3P% percentage record still stands, but the others have since been broken. It was clear from the beginning that he was different.

He didn’t stop his rookie year. In 2013-14 he set the record for most threes in a season and led the league in that category for the next 5 years. The 402 threes he hit in 2015-16 is a record that will stand for a long time unless he breaks it himself, of course.

Speaking of the 2015-16 season, that was a pretty good one for Steph. It was one of the most statistically efficient seasons in league history, and he led his Warriors to the best record in NBA history (73-9). As a result, he won his 2nd MVP in a row, the first unanimous MVP in league history. He was top of the league in VORP (Value Over Replacement Player), Box Plus-Minus, Win Shares, True Shooting %, and PER. So yeah, he deserved the unanimous vote.

Throughout his whole career, he’s been setting records. He’s pushed the boundaries of the league, and Steph is redefining the impossible along the way.

For some weird reason, people thought Steph was bad before the season started. They believed he couldn’t do it without Klay at his side. Without a good team, he would fail. He went 4-20 from 3 in his first two games, and the doubt became even louder. After Klay Thompson’s injury in the offseason, Curry spoke to Marc J. Spears of the Undefeated and mentioned the doubters.

“We know we can compete with anyone in the league. It’s kind of crazy. We know how great Klay is. Don’t get me wrong. But we hear the chatter. ‘It’s the end of for us. This year is a wash. What are we going to do in the future?’ But we are in the moment right now. It’s kind of refreshing being in that category as guys that are chasing.‘”

I’m glad that the Steph haters showed themselves because that’s a big piece of what motivated him this season. When the hate got loud after those first two games, he answered. He scored 36 in a win against the Bulls and 31 to beat Detroit. If you didn’t get the message yet, don’t worry. A few days later, the Warriors played the Trailblazers. Curry and Damian Lillard always bring it against each other, so a good duel was expected. Curry dropping 62 points and getting the win? More on the unexpected side of things.

But that’s Steph; nothing is expected. How can you predict what he’ll do on a given night when he can go off for 20 points in 5 minutes? The only guarantee is you’ll have fun watching him.

He’s been stellar this whole season, and it’s necessary because the Warriors need everything they can get from him to fight for a play-in spot. So far, he’s kept them afloat. They’re currently 9th in the west and 4 games clear of the 11 seed Pelicans due to his fantastic play. It’s taken a full year of performances from Curry to keep this team in the running. I mean, he didn’t even slow down for the All-Star Game.

That All-Star Game performance demonstrates what he’s been doing all year. Making ridiculous shots. Treating the opposing defenders like pylons in practice. All while making it look effortless. You’re not supposed to guard someone at half-court. You shouldn’t have to go over screens 35 feet from the basket. Those shots are impossible. But Steph is redefining impossible as we watch.

Now we’ve reached April. The Run. I wish there was a cooler nickname for this stretch he’s been on, but I can’t think of one. Curry does that a lot. It leaves you speechless. When I watch some of these games, I’m left stunned, not knowing what to say. Sometimes just repeating his name. Steph = Good. What else can you say? What words describe this?

They say a picture is worth a thousand words, but how many is a Steph highlight worth? It’s gotta be somewhere in the low to mid millions, right? What he’s doing has never been seen before and will probably never be seen again.

In 4 of those games, he’s scored more than 10 threes. The rest of the league combined has 5 such games this year. For his career, Curry has gone over 10 threes 21 times, 16 more than his teammate Klay Thompson who has the second most. But still, what Curry’s doing can’t be quantified.

All of these stats are mind-bending in their own way, but even they don’t do justice to what he’s doing right now. This has to be seen to understand.

Curry won’t win the MVP this year. The Warriors won’t win the title. But that doesn’t matter. What he’s doing right now is just different. It’s not in the realm of awards. Yes, he deserves consideration for the MVP, but it feels like Jokic has that locked up. That’s not a knock on what Curry is doing, though. He’s just on a different plane of NBA existence. Not necessarily a higher plane, just a greatly different one.

People have talked about this being a waste of a prime Curry year. Why??? How can this be a waste? Because they won’t win a title? If I were the Warriors organization, I’d be a little worried about that. As a fan, though? No way. It’s too amazing to be a waste. He’s playing like the best player in the league; we need to stop worrying about the bigger picture and realize what’s going on in front of us.

At the end of a game in which Curry scored 49 to beat the 76ers, he got MVP chants. From the Philly crowd. If you get MVP chants from Philly fans, you are most definitely doing something right. That might even be the clearest way in which Steph is redefining impossible.

In a season the NBA has struggled with ratings, their best point guard has come to the rescue. The NBA is on its way to another season with record-low ratings. Curry’s play has not only kept the Warriors afloat, but it’s also helping the NBA. Golden State has played in 5 of the top 10 NBA games this year by TV audience. People are tuning in to see this and for a good reason. Warriors-Celtics on Saturday was the most-watched game since early February (excluding the All-Star Game). The Celtics won, but Curry stole the show with 47 points.

Let’s be blunt; this regular season hasn’t been great. Elite players are missing due to injury, and many others have spent time in the health and safety protocols. But out of this dark season, Steph has emerged. He’s the draw for the NBA now, and you can bet he will be when the Warriors are in the play-in tournament.

For the last couple of weeks, Curry has been extraordinary. His whole career, he’s been changing the league. Blurring the lines between impossible and possible. Now he’s taking it up 10 notches. Watching him play like this is an unexplainable experience. Steph is redefining impossible before our very eyes. This will never happen again, so turn on your TV and soak it all in.

The deep threes can be replicated. So can the ballhandling. Even the genius off-ball movement may be replicated. But the ease? The fluidity? The swagger? The Curryness of it all? I guess we will have to wait and see. 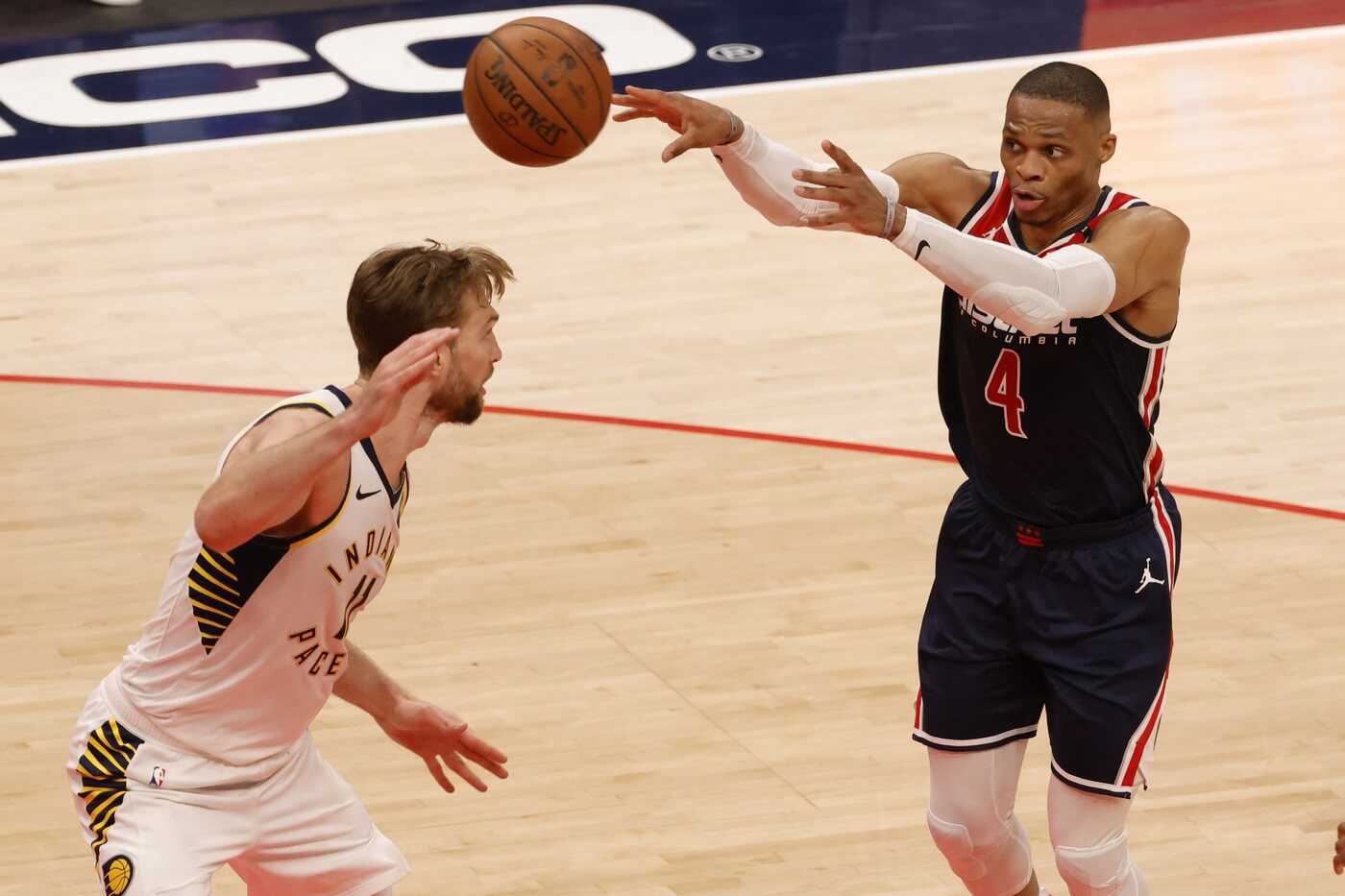