Hakeem “The Dream” Olajuwon is one of the most skilled big men in NBA history. Still, he is a player that many NBA fans tend to ignore when ranking the all-time great centers. Players like Kareem Abdul-Jabbar, Shaquille O’Neal, Wilt Chamberlain, and Bill Russell will be named right off the bat. Most lists completely underrate Olajuwon. ESPN & Bleacher Report ranked the Nigerian-American center as just the 12th & 13th best player of all-time and the 5th & 6th best center, respectively.

This isn’t exactly unfamiliar to Olajuwon, though. Other players of his era largely overshadow him, like Magic Johnson & Michael Jordan. Because of this, critics rarely discuss him as the face of the ’80s or ’90s. However, Olajuwon was without a doubt a transcendent player in each decade.

At first glance, Olajuwon’s regular ranking of being outside the top 10 of the greatest NBA players seems justified. He doesn’t have as many accolades as Kareem, as many rings as Russell, or as many records as Wilt. So why should he garner consideration as the all-time best center? The answer to that requires a deep look at a wide combination of things that comprised Olajuwon’s career. But for the purpose of this, Olajuwon’s greatness can be explained with three simple reasons.

All stats courtesy of basketball-reference.com

1 – He Thrived Against Elite Competition

Something that fans overlook when evaluating all-time greats is the level of competition a player went up against. Things like analytics & accolades certainly deserve attention but only tell a part of the story and are incomplete without context. For example, Wilt Chamberlain’s put up incredible numbers against significantly weaker competition. Understanding the strengths & weaknesses of each era provides the necessary context and paints a much more complete picture of legacies.

For Hakeem, an elite level of competition was almost always there, especially at his position. His career spanned from 1984-2002, a period that featured some of the best big men in NBA history. Kareem Abdul-Jabbar, Shaquille O’Neal, David Robinson, Patrick Ewing, and Moses Malone all went up against Olajuwon.

Even more impressively, he almost always showed up against those players in meaningful playoff series. Whether he was holding prime Patrick Ewing to 36% shooting in the 1994 Finals, scoring 35 PPG against MVP David Robinson in the 1995 playoffs, or sweeping Shaq in the ‘95 Finals, Olajuwon never backed down from the challenge. This sustained success in big games is ultimately one of the defining aspects of his legacy.

It’s admirable for a player to average 30 PPG in the regular season, but doing so in the playoffs against elite defenses is an entirely different story. Hakeem is part of a select few who were ultra-reliable in big games.

A big reason why Olajuwon isn’t high on the rankings is that he won just two rings in his career. Most of the centers ranked ahead of him have many more. Admittedly, rings are an extremely important part of a player’s career. But it’s important for us to be aware of how these rings were won because not all rings are created equal. For example, Michael Jordan’s six championships mean far more than Robert Horry’s seven. Jordan quite literally led his team to victory, whereas Horry was a role player. In other words, the quality of rings matters just as much as the quantity, if not more.

In the case of Olajuwon, his two championship wins are up there with the best finals runs in history. On top of the elite teams & players he had to go through in these playoffs, he put together one of the best carry jobs of all-time in 1994. Olajuwon averaged a stat-line of 28.9/11.0/4.3/1.7/4.0 in the ‘94 postseason, leading his team in every major statistical category.

It’s one thing for a player to lead their team in two or even three categories throughout a playoff run, but doing so for all five is video game-like, especially for a center that’s not expected to rack up many assists or steals. This incredible feat is both a testament to Olajuwon’s greatness but also to his lack of help. While other great centers had the luxury of playing with several Hall of Famers throughout their careers, Olajuwon was stuck with a grand total of 0 all-stars in each of his championship runs, including no future Hall of Famers in ‘94.

In 1995, Hakeem’s dominance continued despite the fact that he was without a superstar in their prime. His best teammate was a 33-year old Clyde Drexler, who — despite being a top-50 player ever — isn’t on the same level of the teammates that other great big men got to play with (Magic Johnson, Kobe Bryant, Jerry West, John Havlicek, etc). Even without a superstar to take the load off of him, Olajuwon turned out yet another sensational performance in the playoffs and captured his 2nd title in as many years. Keep in mind, he did this while facing off against teams with a cumulative winning percentage of 72.5.

3 – He Was Much More Than Just a Scorer

Hakeem Olajuwon was an elite scorer & capable passer on offense, but his defense made him a complete player. He led the league in blocks three times and holds the single-season steals per game record for a center. As one would expect, this extraordinary defense earned him two Defensive Player of the Year awards and nine  All-NBA Defensive team selections. Some would argue that he deserved even more.

While a player’s offensive game is what draws most of the attention, their impact on defense is as important. After all, the saying is true: defense wins championships. Guys like Dennis Rodman and Bruce Bowen were able to carve out successful careers on winning teams solely because of their defense and it still remains a key component of the game to this day.

Defense was arguably Hakeem’s greatest skill and it gave him the extra edge over opponents. The outstanding playoff performances he put together would look much different if he wasn’t such a threat at all times. His rare combination of offensive and defensive skill made him a team’s worst nightmare. On one end, he’d beat defenders with a wide variety of moves (including his famous Dream Shake) while having the ability to get back on D and neutralize the opponent’s best player.

It’s tough to quantify or appreciate how important and rare of a skill this is. There are countless players that excel on offense or defense, but only a fraction provide an elite impact on both sides. Out of that group, a handful ever came close to doing it to the extent that Olajuwon did. He was that unique & special.

Again, he did all of this while playing in the league’s best era for bigs without superstar teammates, but it didn’t matter. Hakeem was a generational talent that was almost always among the league’s best. With all of that considered, Olajuwon deserves much more attention in the NBA’s greatest center debate no matter what the criteria is. 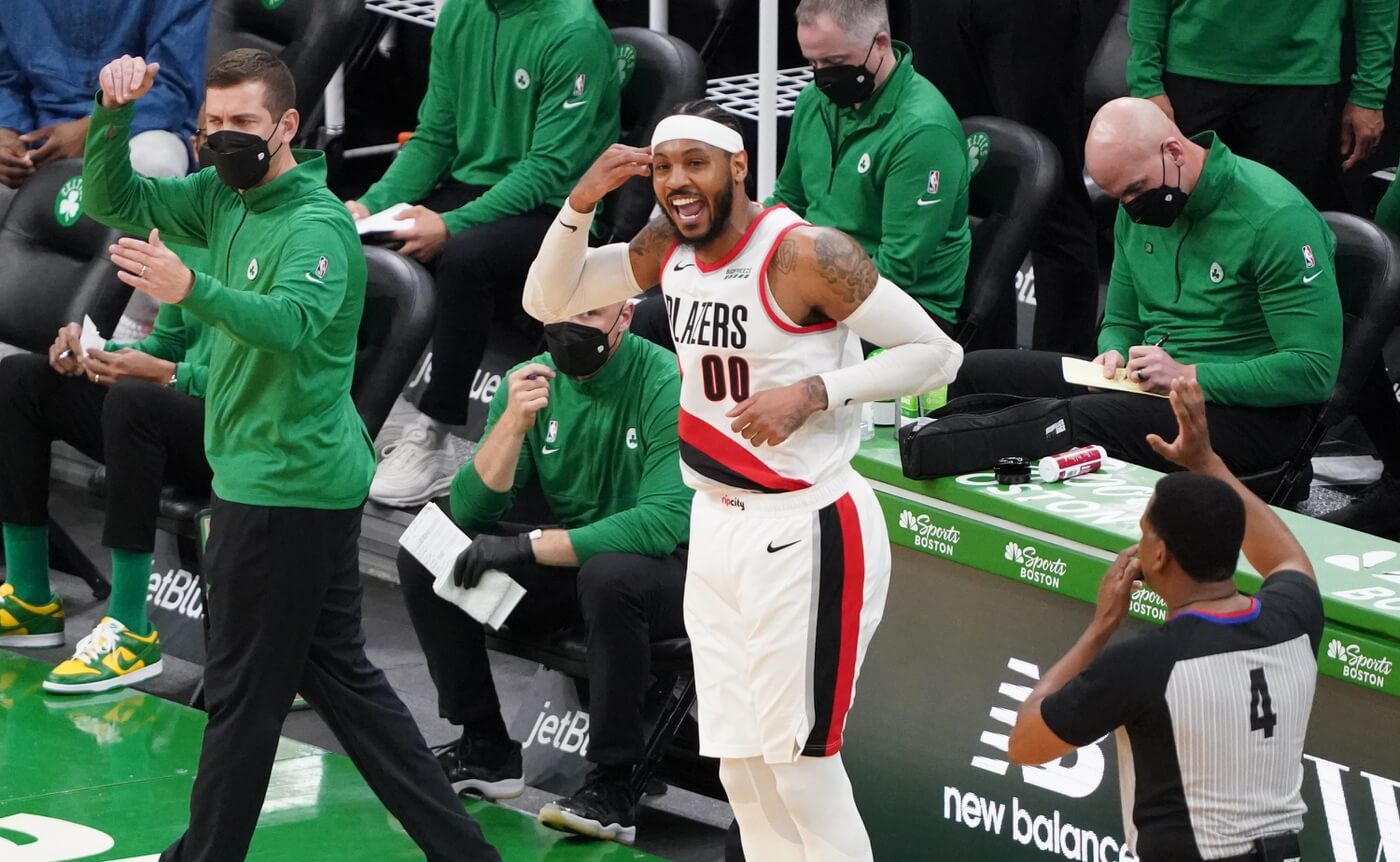